My Thoughts: I really enjoyed this book by Susan Wiggs. I haven’t read many by her, but will definitely looking for more. This story starts out in the big city of New York in the midst of high fashion, designers, and glamorous models. Tragedy then turns the tides, and our main character, Caroline Shelby returns to her hometown of Oysterville, Washington to learn how to become a mom, a woman’s advocate, and a best friend and wife to her long time crush from years past. Come follow her journey of ups and downs and enjoy getting to know all of her family and friends as this tale keeps you turning the pages! Happy Reading everyone!

About this author: Susan Wiggs

My Thoughts: This was the first Amish book by Jerry Eicher that I have read and I have to say that was very enjoyable. He brought his characters to life with everyday emotions and very relatable situations. From becoming disheartened by her beau in her Amish community, follow Susan Hostetler as she tries to find her way in the English world. Will she find a man to fulfill her dreams and become totally worldly or will she follow her heart and return to the home that is still in very much on her mind? Come read and see where Susan’s faith and caring heart leads her. I know I am looking forward to the next book, Follow Your Heart, to see what comes next! Happy Reading Everyone!

My thoughts: Another wonderful story by Beverly Lewis. I always enjoy getting to know her characters and see how they handle different life situations with lots of love and faith. Follow Earnest Miller’s story as mementos from his Englisch days come to light and he must deal with the consequences of keeping them to himself for so long. Will his past come between him and his family and community or will their hearts be kind, loving, and full of forgiveness? Come find out and be sure to look for the next part of the story coming out in September, The Timepiece! Happy reading everyone!!

About the author: Beverly Lewis

Beverly Lewis, raised in Pennsylvania Amish country and both a schoolteacher and an accomplished musician, has been an award-winning author for over a dozen years. Her acclaimed novel, The Preacher’s Daughter, was a 2006 Quill Book Award finalist in the romance category. Her books have appeared on numerous bestseller lists, including USA Today and The New York Times. She and her husband, David, live in Colorado.”

Happy Wednesday everyone! What is everyone reading today? Please comment below and share what you are really enjoying or will be digging into shortly! I’d love to hear from you!!

This is what I am currently enjoying:

If you enjoy Amish fiction, this is a really good read!! My review will be coming shortly! Happy Reading everyone!! 🙂

My Thoughts: Old-fashioned romance at it’s finest. That is what I thought of this sweet tale by Sherryl Woods. From a luxurious hotel chain in Europe to a modest Victorian bed and breakfast in Virginia, follow Gracie Macdougal as she finds her passion in her business and in her lovelife. I would recommend this book to anyone who enjoys lots of characters who all end up with happy endings!! Happy Reading everyone!!

About the author: Sherryl Woods

With two other careers to her credit before becoming a novelist and four states in which she’s lived for extended periods of time, Sherryl Woods has collected friends and memories, along with way too much unnecessary junk.

“The friends are the only things I’ve brought with me through the years that really matter,” she says. “I could probably live without one more chintz teacup, another tin-litho sandpail or another snowglobe, but I need those friends.”

The theme of enduring friendships and families is always central to Sherryl’s books, including her latest Chesapeake Shores series — THE INN AT EAGLE POINT, FLOWERS ON MAIN and HARBOR LIGHTS.

Author of more than 100 romance and mystery novels, Sherryl Woods grew up in Virginia. Over the years she had lived in Ohio and Florida, as well as California. Currently she divides her time between Key Biscayne, Florida and Colonial Beach, Virginia, the small, river-front town where she spent her childhood summers.

A graduate of Ohio State University School of Journalism, Sherryl spent more than ten years as a journalist, most of them as a television critic for newspapers in Ohio and Florida. For several years she also coordinated a motivational program for the more than 8,000 employees at the University of Miami-Jackson Memorial Medical Center.

My thoughts : Beverly Lewis never disappoints me in her wonderful Amish stories. In this one, choosing how to care and explore your faith are huge elements for these wonderful characters. Marlena Wenger has chosen to stay with her grandmother after the loss of her grandfather for the summer. While there, she also loses her sister and ends up caring for her baby daughter, Angela Rose, much to her beau’s dismay. Choosing with her heart, Marlena must make serious decisions on how she wants to live her life. Also, the neighbors of Marlena’s grandmother, the Bitners, are struggling with their Old Order beliefs and how to become a strong and loving family once again. Follow how a stranger with dementia shows them how to connect and be together for one another. I really enjoyed this book and would recommend it to any who enjoys the different facets of the Amish faith. Happy Reading everyone!

About the author: Beverly Lewis

Beverly Lewis, raised in Pennsylvania Amish country and both a schoolteacher and an accomplished musician, has been an award-winning author for over a dozen years. Her acclaimed novel, The Preacher’s Daughter, was a 2006 Quill Book Award finalist in the romance category. Her books have appeared on numerous bestseller lists, including USA Today and The New York Times. She and her husband, David, live in Colorado.

Hello everyone and happy new month to you! Here are some of the new releases coming out this month. Some of them sound really good. Looks like I will be adding to my TBR pile! 🙂 If any of them sound good to you, please comment and let me know. I would really like to know what you think!! Here we are: 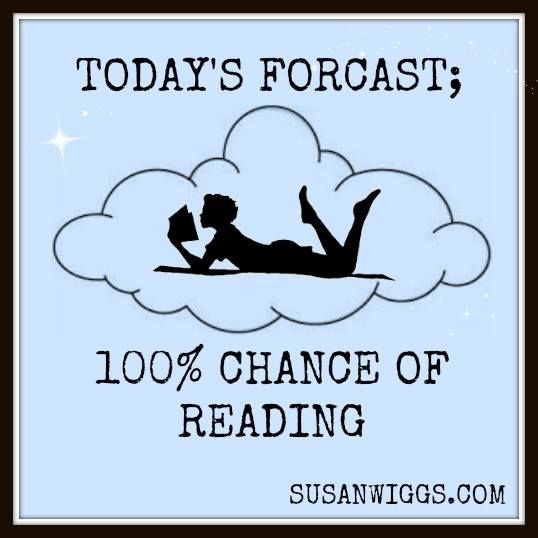 Coming back from the other side of my Bipolar Wonderland through medication, creativity, and moxie.

Reading All The Books

A reader who is trying to live the thousand lives George R.R. Martin promised.

We might as well face it ... we’re addicted to books

Stories for His Glory

“A room without books is like a body without a soul.” - Cicero

Nothing beats a good book and a great drink. ☕️🍸📚

Obsessed with mythology, legends, steamy reads and the beings that go bump in the night.

Reading by the sea

Sharing The Book Love Since 2016

Wishes and Pages
Books Are 42

Books are the answer to life, the universe, and everything